The Legacy of a Troubled Past

This article is not available in english. 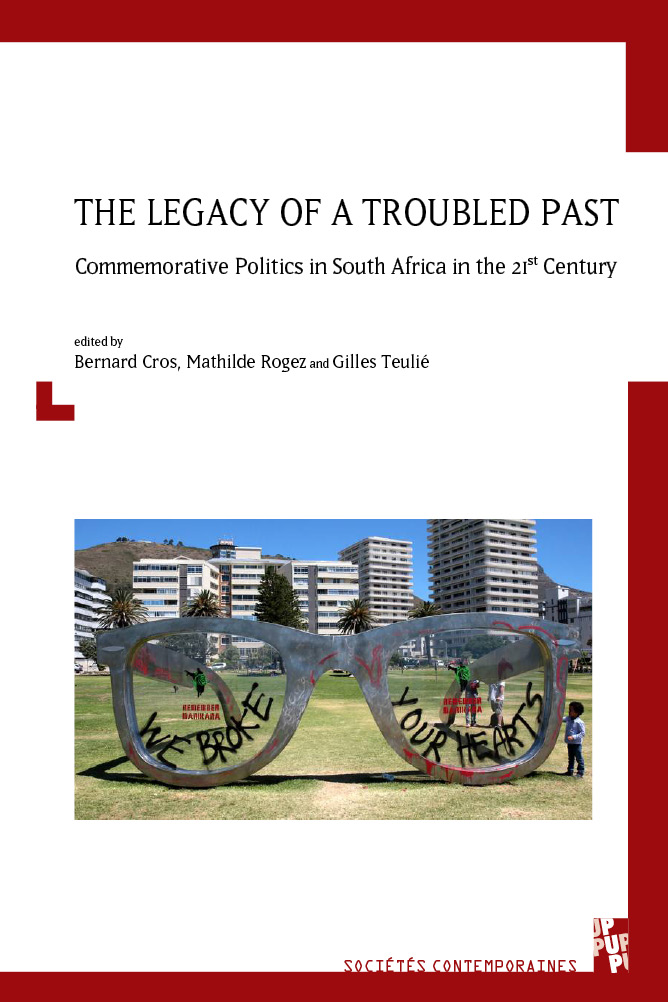 Présentation de l’ouvrage :
Since the advent of democracy in 1994, South Africa has been engaged in an unprecedented exercise of national soul-searching, torn between the need to lay to rest centuries of racial conflict and the desire to come to terms with its traumatic history.
This book asks whether the country has begun to turn the corner on the legacy of collective hurt. To do so it ranges in scope across 350 years of South African history, encompassing the struggle against the apartheid regime, the downfall of white supremacy, the Truth and Reconciliation Commission and the first 25 years of democracy, up to more recent movements, such as #RhodesMustFall, or the inquests into the 2012 Marikana massacre, that point to the persistence of traumatic memory in contemporary society.
The authors assembled here set out to analyse the representation of such memory, how it has been woven into narratives, recorded, preserved and questioned, and how issues of individual and collective responsibility have been grafted onto it through the visual arts, literature, political discourse and public action.
In focusing on memory along with its derived forms of memorialization, collective memory, nostalgia, or post-memory, our contributors pose a fundamental question : is South Africa finally coming to the end of the post-apartheid transition period ? Do the decades of memory work on racial violence and repression examined here hold out hope for the nation to make peace with its past ?
Pour commander :
ISBN 979-10-320-0349-7
ISSN 2265-5913
https://presses-universitaires.univ-amu.fr/the-legacy-of-a-troubled-past